A  four days INTEL-FICE training  on “Intel Galileo boards and interfacing” under Intel intelligent system lab  of ECE was conducted  for our college staff members (20 members) and students (50 members)   of ECE, EEE, CSE & IT  from 07-07-2015 to 10-07-2015 .The resource persons  were from “FICE  Education Pvt. Ltd” .Their details are given below 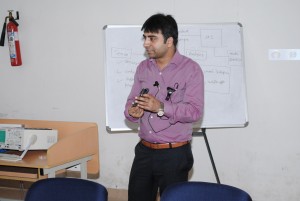 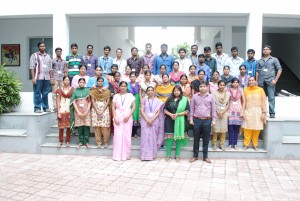 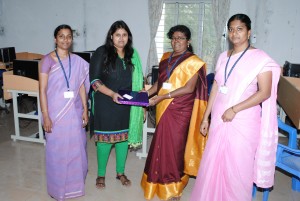 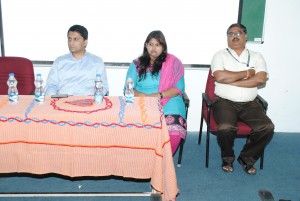 The details of the 4 days training programme are given below:

Day one – Intel Galileo and its programming

The objective of first day of training programme  is about features of Intel Galileo and its basic programming . Raghav Ankur  and   Yamini Shali   discussed about the Intel’s upcoming processors, features of Intel Galileo and conveyed the difference of using  arduino and intel Galileo.  Raghav gave an introduction to Embedded Systems using Intel Galileo and its various applications (IoT, Automation, Health etc), and had a programming tutorial session in the Arduino environment. A Hands on session with Galileo boards executing and running basic programs and lab Exercises in an Embedded Platform were performed.

On the third day Raghav Ankur   and   Yamini Shali    trained the participants to Interface   and programme various serial Interface modules like GSM/GPRS module and discussed about Linux side interface of Arduino,Embedded Linux based systems.The Participants had a hands on training on   accessing analog, digital and PWM pins of Intel galileo using Linux/sys interface, and also accessing Linux terminal using virtual serial interface like Tera term (commands, utilities and shell ),

Definition  and creation of new projects ideas on the Galileo by participants with support from FICE personnel and have written exam for certification.